(1) 0.6W-0.7W, conversion efficiency ≥17%.
(2) Output voltage / current: 6V, 100MA
(3) Output interface: positive and negative pad at a glance;
(4) Dimensions: 90 × 60MM
(5) Use: solar lawn lights, solar wall lights, solar products, solar toys, solar radio, solar flashlight, solar cell phone charger, small solar water pumps, solar home / office power and portable power systems.
On the use and testing of: products can only be in the sun, the nominal peak power is the midday sun, the sun early in the morning one night and not the strong sun is not up to the nominal, buyers pay attention to this point and in the light! inside the room, the solar panels are almost undetectable what value! This is an ordinary light and the sun's light caused by very different! So be sure to test the under sunny!
Use Time: theoretically more than five years
Power: 0.6W
Voltage: 6V 100mAh
Material: Polycrystalline
Size: 90x60mm
Weight: 17g

(1) solar panels in the back of the production line will mark scraping gum residue is normal and does not affect the use of power
(2) Note that when using the included, do not use a hard object bump the panel surface, one side affect the appearance and life 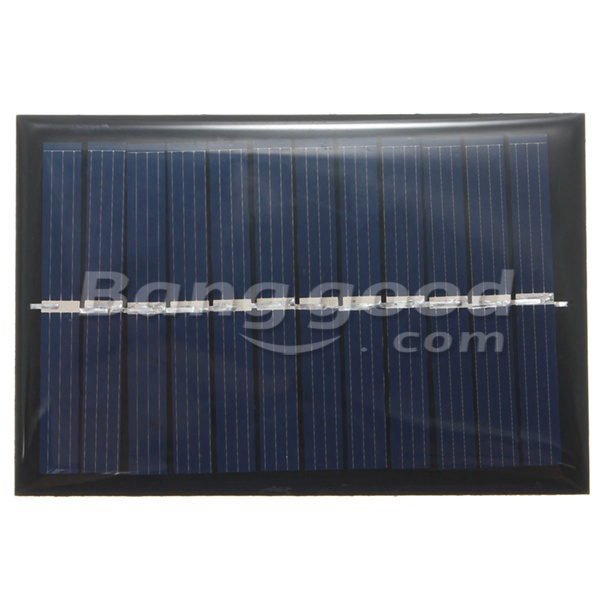 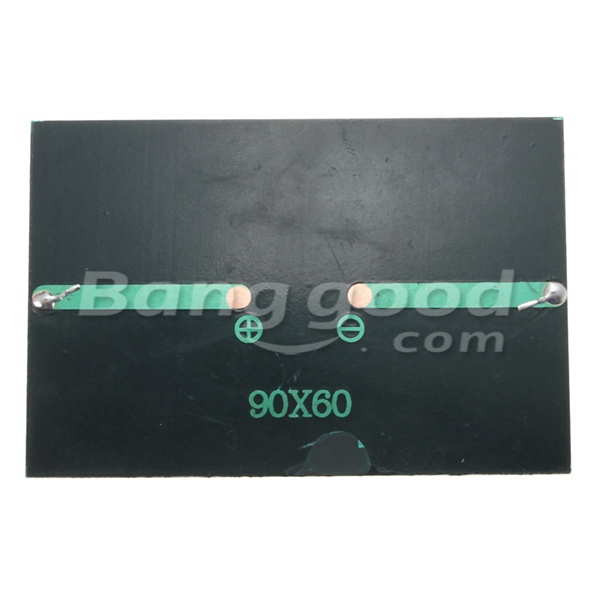 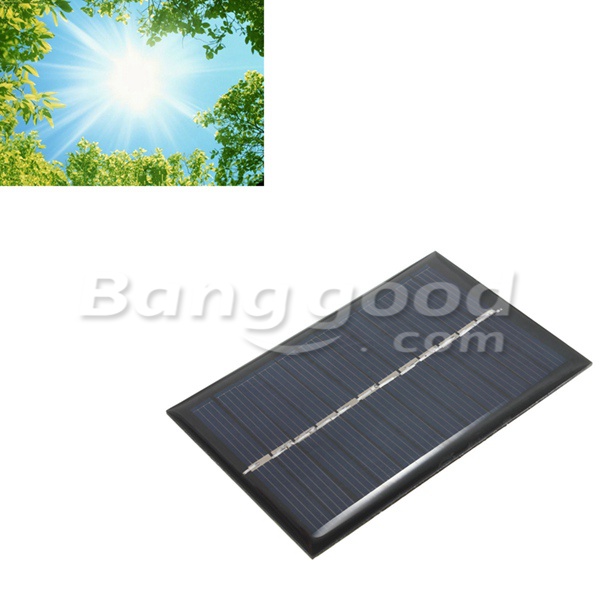